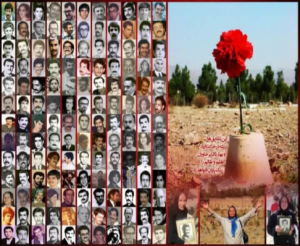 Even though the execution of opponents in Iran started at the inception of the Islamic Republic of Iran, what makes the 1988 massacre a genocide is the political purge without precedence in modern Iranian history, both in terms of scope and cover-up. Pursuant to a fatwa issued by Khomeini immediately following Iran’s announcement that it had agreed to a cease-fire in the devastating eight-year Iran-Iraq war, state sponsored execution of political prisoners started on July 19th 1988. The names of over 4,482 have been recorded. It is claimed that about 30,000 dissidents may have been executed in a couple of months. Let’s finds out:

What makes the massacre of 1988 genocide?